Home NewsBESIMI: Revenue performance accounts for 99% even in times of crisis

BESIMI: Revenue performance accounts for 99% even in times of crisis

Revenues in 2020 were collected as per the projections, while despite the global economic crisis, last year, wages, pensions and social assistance were paid on regular basis, thereby undertaking continuous measures aimed at supporting the economy. Expectations for this year is that the developments related to COVID-19 pandemic will be stabilized, thus contributing to the economic recovery. Strategies and measures to be further undertaken, will be aimed at supporting the acceleration of the economic growth, i.e. doubled economic growth in the medium run, Minister of Finance Fatmir Besimi pointed out at today’s press conference. 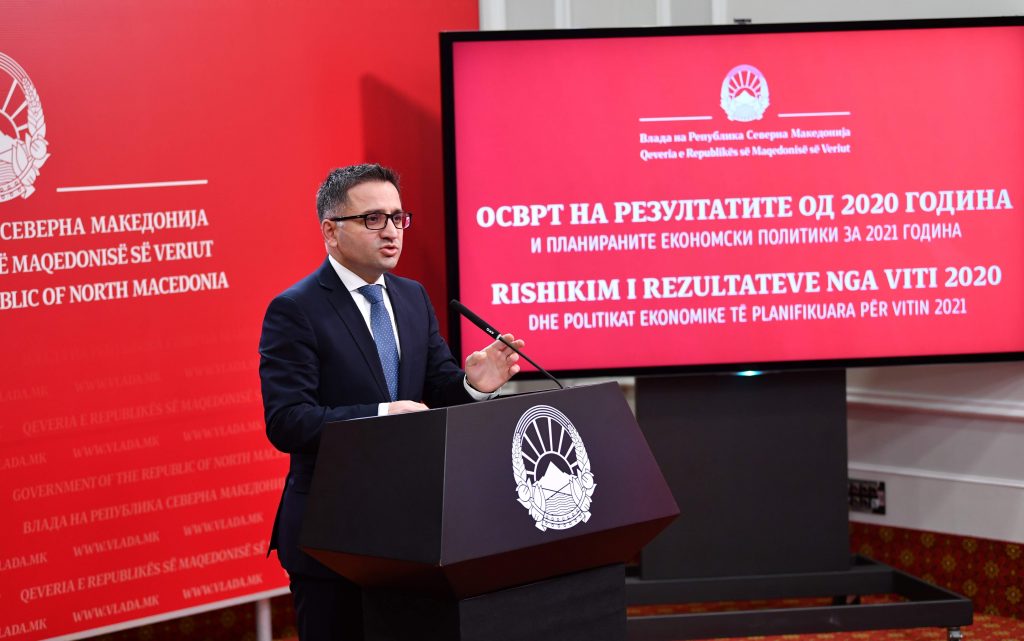 – As for the execution of the 2020 Budget of the Republic of North Macedonia, I am pleased to say that revenue performance is generally within the projections, I can even freely say it is above the expectations, while the expenditures have been executed on regular basis and in a timely manner. Total 2020 revenues were collected in the amount of Denar 189.8 billion, accounting for 96.7% of the 2020 projected revenues. Taxes and contribution collection accounted for 99.5% of the projections throughout the year, indicating solid forecasting amid unpredictable circumstances. In 2019, collection of taxes and contributions accounted for 97.2% of the projections – Besimi pointed out.

He said that budget revenue collection significantly improved in December when taxes and contributions were collected in the amount of Denar 18 billion, being higher by 4.3% compared to December last year. Thereby, in December, tax revenues, whereby VAT, profit tax and personal income tax accounted for the most thereof, amounted to Denar 10.9 billion or by 2% higher compared to last year, when Denar 10.7 billion was collected on this basis.

Total expenditures of the 2020 Budget of the Republic of North Macedonia were executed in the amount of Denar 243.7 billion, accounting for 96.4% of the projections. Expenditures in this period of the year increased on annual basis, mostly as a result of the undertaken measures aimed at combatting the COVID-19 induced crisis. 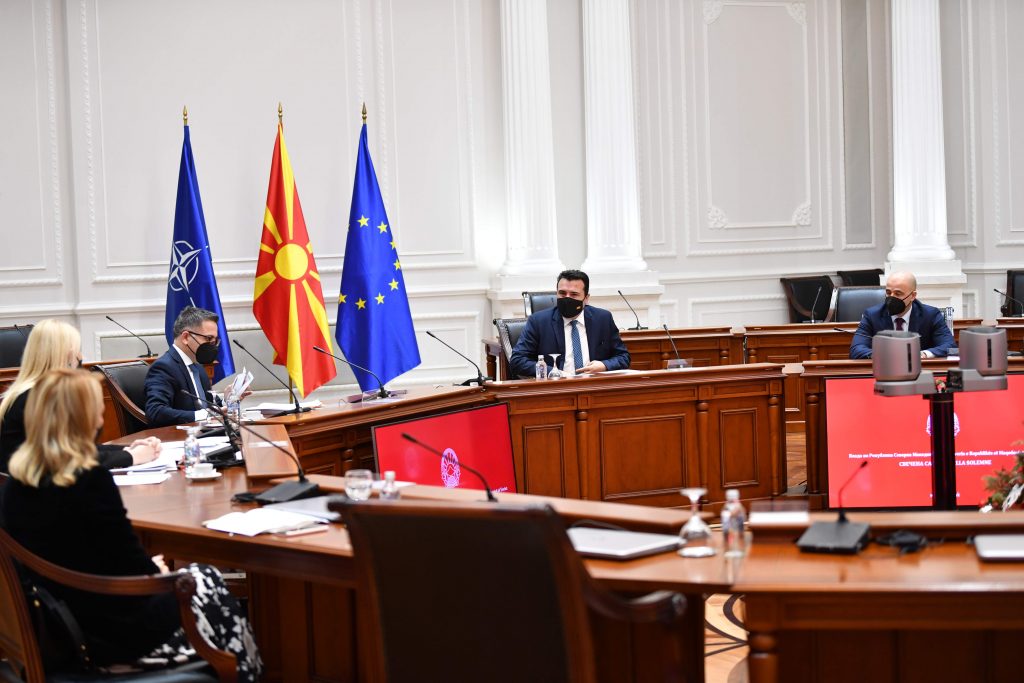 Minister of Finance also stressed that improvement has been observed as regards the macroeconomic indicators in the fourth quarter.

– Export of goods in October grew by 5.6% on annual basis, being a consequential growth of the export activity in the last three months. Average utilization of the capacities in the manufacturing industry has gradually increased, accounting for 68.5% in November, thus slowly reaching the pre-crisis level of 71.4% in February. Industrial production indices, upon the sharp decline of more than 30% in April, recorded significantly mitigated growth of -4% in November. Credit support continued, whereby 5.4% credit growth on annual basis, was recorded in November, reflecting the growth of credits to both enterprises and households. Wages also continued to increase in the fourth quarter, with 8% annual growth in October – Besimi pointed out.

Minister of Finance stressed that by stabilizing the pandemic situation, as well as by implementing measures and strategies aimed at accelerated growth, our economy could grow faster, thus providing for better living standard for our citizens.

Previous:
BESIMI: Revenue performance accounts for 99% even in times of crisis