Home NewsBesimi and Arifi: Modern public transport for the first time in Tetovo under the Municipal Services Improvement Project

Besimi and Arifi: Modern public transport for the first time in Tetovo under the Municipal Services Improvement Project

17th January 2021, Tetovo – Under the Municipal Services Improvement Project, being implemented by Ministry of Finance together with the World Bank, the Municipality of Tetovo procured five buses for public transport, amounting to EUR 720,000. Thus, the Municipality of Tetovo has been provided, for the first time, with a public transport in the city, by introducing three city routes. The handing-over ceremony was attended by Minister of Finance Fatmir Besimi and the Mayor of Tetovo Teuta Arifi. 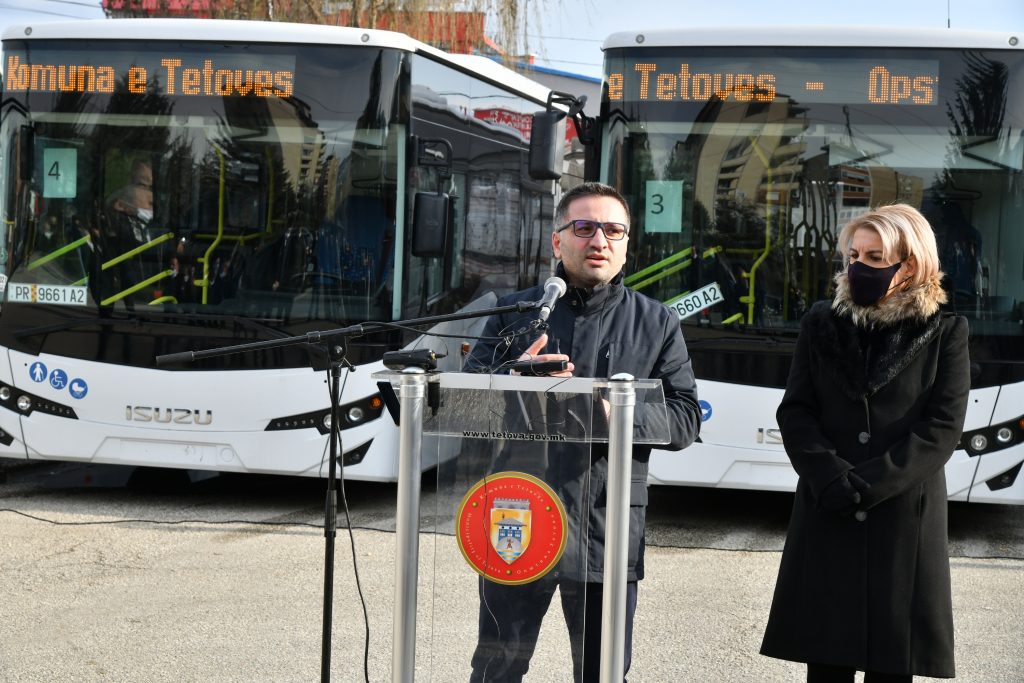 Minister of Finance, in his address, stressed that the citizens of Tetovo were provided with a new municipal service, which would contribute to improving the living conditions in the municipality.

– Thus, citizens of Tetovo will be provided with a new municipal service, which will contribute to: first, safe passenger transport, second – more efficient traffic in the city and third, and being particularly important, reduction of pollution. In addition, this will provide for job creation for citizens in the public transport company. Municipality of Tetovo received Denar 72,600,000 or EUR 1,180,000 for the procurement of busses through MSIP. By realizing the public procurement, a lower price amounting to Denar 44,300,000 or around EUR 720,000 was achieved for the buses, while the municipality would have the opportunity to use the remaining funds for another project – Besimi said.

Mayor of Tetovo Arifi pointed out that the buses would be handed over for use to the local public transport company “Tetovo Transport”. By procuring these buses, the city of Tetovo, has been provided, for the first time, with a public transport for the needs of the inhabitants of the city, as well as the surrounding populated areas. 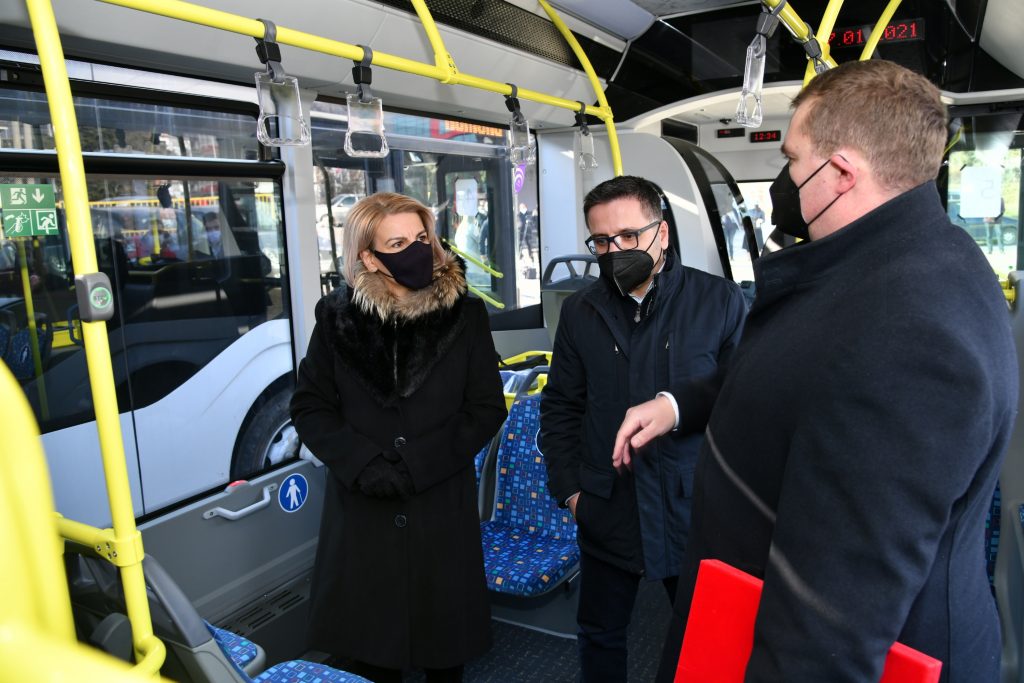 Besimi also pointed out that this was not the first time for the Municipality of Tetovo to realize capital projects through MSIP. So far, the Municipality of Tetovo has received around EUR 3,000,000,000 for implementing projects in the municipality, such as Construction of Part of Vidoe Smilevski Bato Boulevard, procurement of photovoltaics, construction of local roads and procurement of municipal machines.

– Municipal Services Improvement Project is aimed at providing better living conditions for the citizens by improving the municipal services. This Projects provides for making capital investments across the municipalities, being aim at improving the services they provide, and thus improving the life of citizens living therein. Investments are also being made in local roads, water supply system, schools, kindergartens, energy efficiency and machinery – i.e. everything contributing to better municipal services. This Project has lasted for many years, the total amount of which is around EUR 100,000,000. It also provides for developing the local economies and improving the living standard of citizens – Besimi said.

Minister of Finance stressed that under the Municipal Services Improvement Project, 98.75% of the capital projects were successfully realized. Forty three capital projects were completed in 37 municipalities, amounting to more then EUR 10,000,000, whereby around 150,000 citizens will directly benefit therefrom. It is a matter of equipping schools, kindergartens, construction and reconstruction of local roads, water treatment plants, water supply network and other projects contributing to improved municipal services.

Previous:
Besimi and Arifi: Modern public transport for the first time in Tetovo under the Municipal Services Improvement Project

Next:
Besimi and Bexheti: municipal building in Saraj adapted and upgraded under the MSIP Project