Home NewsBesimi and Bexheti: municipal building in Saraj adapted and upgraded under the MSIP Project

Besimi and Bexheti: municipal building in Saraj adapted and upgraded under the MSIP Project

20th January 2021, Skopje – Municipal building in Saraj has been adapted and upgraded within the Municipal Services Improvement Project, implemented by the Ministry of Finance with the support of the World Bank. Denar 13 million, or EUR 217,000, was allocated to the municipality so as for the municipal building to be upgraded into a modern and energy-efficient facility, providing for better working conditions for the employees and improved municipal services to the citizens. Minister of Finance, Fatmir Besimi, and Saraj Mayor, Blerim Bexheti, attended the public event on the occasion of Project completion. By implementing the Project for Adaptation with Upgrade of Municipal Building, the surface area of the building was extended by 325 m2. In addition, new façade and new roof structure were constructed, new energy-efficient windows were installed, the floor was reconstructed and new stair safety railings were put in place in the building. 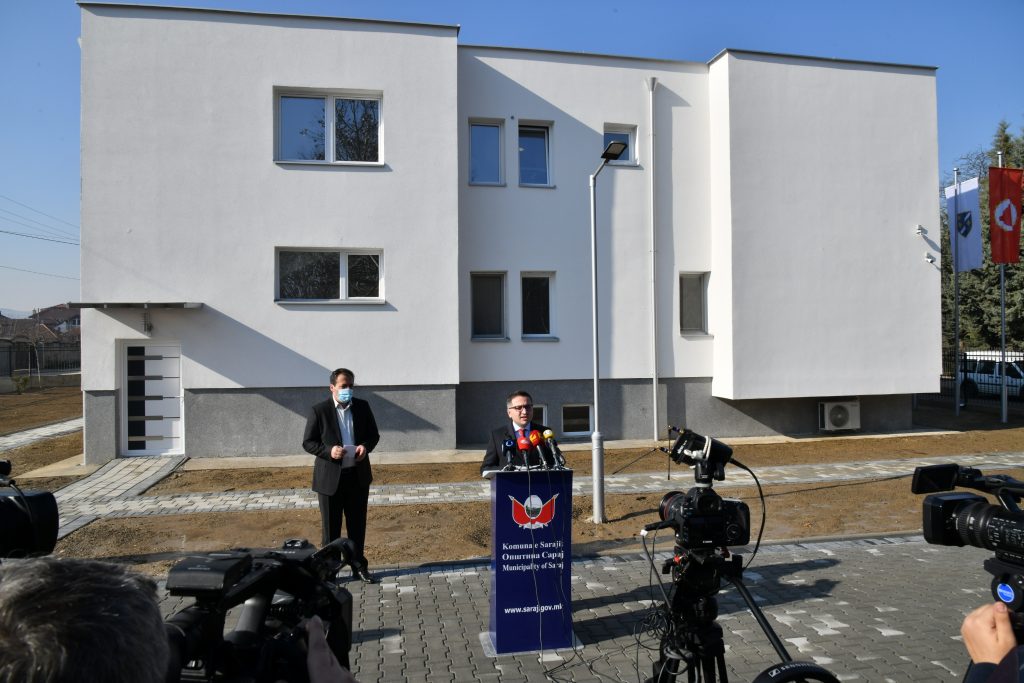 Mayor of Saraj Municipality, Bexheti, pointed out that under the Project, both the municipality and the employees will now have premises in which they can properly perform their working tasks. With the adaptation and the upgrade of the municipal building the citizens will be rendered improved municipal services. At the same time, repair and maintenance costs are reduced.

Minister of Finance, Fatmir Besimi, pointed out that MSIP is exceptionally successful project, more than 250 capital projects in all municipalities in the country being supported therein. Investments are made in road infrastructure, such as roads and streets, energy infrastructure, water supply, sewerage and treatment of wastewater, energy efficiency, construction of kindergartens, green markets, infrastructure in the industrial zones, procurement of municipal machinery and equipment and other projects of relevance for the improvement of municipal services.

He stressed that, despite the global pandemic and the economic crisis in the course of last year, 98.75% of the capital projects were implemented under the MSIP, speaking in favour of the Project success. Total of 43 capital projects were completed in 37 municipalities in all regions throughout the country, amounting to more than EUR 10 million, whereby around 150,000 citizens will directly benefit therefrom.

Previous:
Besimi and Bexheti: municipal building in Saraj adapted and upgraded under the MSIP Project